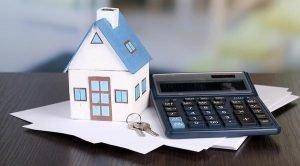 Tulsa, Oklahoma is the second largest city in Oklahoma behind the state capital of Oklahoma City. The city is located in the southern portion of the Great Plains and much of the land in the state is rather flat, which is one reason why agriculture is such a major contributor to Oklahoma’s overall economy.

Yet as you begin to drive east, the scenery changes from flat vistas to hills, trees, lakes, and streams. Tulsa is home to all of that. Specifically located in the northeast part of the state and in Tulsa County, the economy was largely built around the oil industry as oil and gas fields saturate that part of the state.

Just a small town next to the Arkansas River, the first oil field was discovered, dubbed the Sue Bland find back in 1901. When that well was hit, wildcatters began to flock to the region and in doing so found and tapped a significant field just southwest of downtown Tulsa. This new prosperity brought in new residents, businesses and the economy began to boom and Tulsa began to flourish. If it had anything to do with oil, it was in Tulsa ranging from drilling companies to servicing wells to oilfield supply and equipment companies. The city of Tulsa proper covers nearly 200 square miles which tells you just how spread out the city really is. In the heart of “Green Country” Tulsa is home to around 400,000 residents.

Today the economy has diversified over time and less dependent upon the fortunes of the oil business and the fluctuations in the price of oil.  Yet Tulsa is still headquarters to worldwide industry leaders in the field of oil and gas. Some of the larger employers headquartered include Dollar Thrifty Automotive Group, The Williams Companies, QuikTrip and a host of other companies that employ 1,000 or more employers each.

The median home values in Tulsa are near $180,000 which is a respectable increase from just six years ago when the median value was hovering just over $100,000. During the period leading up to 2008 and 2009, property values were on the rise yet just like many other parts of the country as the economy began to fall into recession property values fell. But since that time have been on a steady increase. Most of the real estate market in Tulsa is like most other mid-tier cities as there are multiple price points that cater to most all sectors.

In the higher-end Jumbo real estate market, most notably in the southernmost regions of Tulsa is also benefitting from a stabilized economy and industry diversification. In addition, interest rates have been relatively stable over the past several years. Even though the Federal Reserve raised rates twice this year with the expectation there will be two more before the end of the year, mortgage rates haven’t matched the same rate of increase associated with the Federal Funds rate, the rate the Fed adjusts and banks charge each other for overnight lending to meet reserve requirements.

Financing for jumbo homes is still competitive and today’s jumbo programs allow for lower down payments compared to just a few years ago. Borrowers who are in the jumbo market have many financing options available from traditional 20 -30% down payment programs to new programs that permit up to 95% financing.

The lower down payment programs really come into play for buyers who do not want to make such a large down payment, preserving their funds. Today, buyers can make a 5% or 10% down payment and still obtain a competitive rate without the need for private mortgage insurance, or PMI.  This is accomplished by taking out two loans instead of just one larger one. Remember, any loan amount above the conforming loan limit of $510,400 is considered a jumbo. If for instance the sales price is $600,000 and the buyers put down 5%, or $30,000 and takes out a first lien of $510,400, that leaves a balance for the second lien of $85,650.

Learn more about what is considered a jumbo loan.

When using two loans instead of one, buyers can preserve more of their cash while still getting a good financing program. This may be a great option for buyers that want to keep their money in higher yield investments. These new jumbo programs also come with the option of secure 30,20 or 15-year fix rate terms or adjustable rate terms – all with no prepayment penalty.

Please visit the Jumbo Purchase page to learn more about the credit, loan amount and down payment break down.  Note, many of these programs are also available for current homeowners that want to refinance.  Please call us at the number above, or just submit the Quick Call form to learn more and speak with a specialist 7 days a week.

Questions?  Just submit the Quick Call form to speak with a specialist fast, 7 days a week 8am – 9pm.